How to avoid dehydration this summer 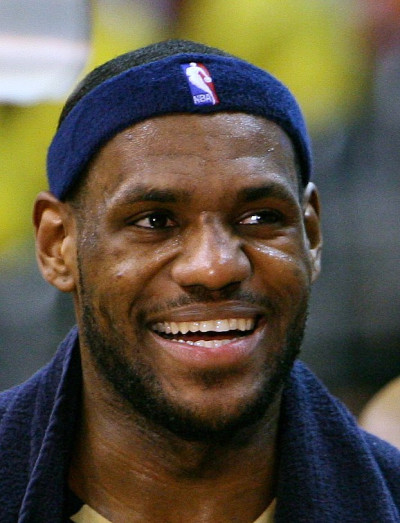 Many people aren’t drinking enough water during a day and they may not realize the effects it has on them.

Recently, Miami Heat's LeBron James had to be carried off the court during  an NBA finals game due to muscle cramping. The air conditioner broke down during the first game and temperatures climbed above 32.2 degrees Celsius (90 degrees Fahrenheit). After James was pulled off the court, the Miami Heat lost the game. The NBA superstar suffered from dehydration, which led to the painful muscle cramps that left him immobilized. According to the Miami Herald, after the game, his body needed to be hooked up to two bags of fluids, along with taking salt tablets and potassium pills to restore his electrolyte balance.

“My body just shut down,” James told the Miami Herald. “Basically my body said, ‘OK, enough jumping for you for tonight. You’ve had enough.’ Nothing I could do about it.”

Dehydration occurs when the fluids in the body aren’t replenished as quickly as they are lost. When exercising or spending time outdoors in warm weather, people are more likely to experience this since they lose fluids faster through sweat, which is what happened with James. When a person sweats, they are losing more than water, they're also using electrolytes, such as sodium, potassium and chloride.

Athletes are more likely to experience muscle cramps from dehydration, which leaves the person in excruciating pain and, at times, temporarily unable to use the cramped muscle.

Symptoms of dehydration differ based on its severity. If you have a mild dehydration, some symptoms you'll notice include sleepiness, exhaustion, thirst,  headache, constipation, dizzy or light-headedness. If you have a more severe case, symptoms can include extreme thirst, sunken eyes,  fever, shriveled skin, low blood pressure, rapid breathing, rapid heartbeat and very little urination when you use the bathroom.

How much water do you need?

Most people are familiar with the age old advice recommending that we drink eight cups of water a day. While that's close to how much you need, both men and women require a different amount of fluids to stay hydrated. According to the Institute of Medicine, Men should drink about 3.7 litres, while women should drink about 2.7 litres each day.

Note, however, that this is only the recommended amount and things like physical exertion, age, height and weight, among other factors, play into how much water you should be drinking on a daily basis. For example, if you're exercising or out in the heat you'll need to drink more liquids since you'll be losing your water at a faster rate. But, to avoid cramping during a workout, take small sips more frequently.

The majority of a person's fluids (80 per cent) comes from water or other beverages, while only 20 per cent of it comes from food. Stay hydrated and wherever you go this summer, make sure you pack some water with you.

Strauss Water Canada's WaterBar is an easy solution for convenient and clean drinking water this summer. Our triple water filtration and purification process kills 99.9% of micro-organisms and bacteria and absorbs the chlorine that can impair the taste of water. Our WaterBars use an activated carbon filter, a micro-mesh filter and ultra violet light to deliver safe, great tasting water, all the while maintaining essential mineral elements including calcium and magnesium.