What’s in your ice cubes? 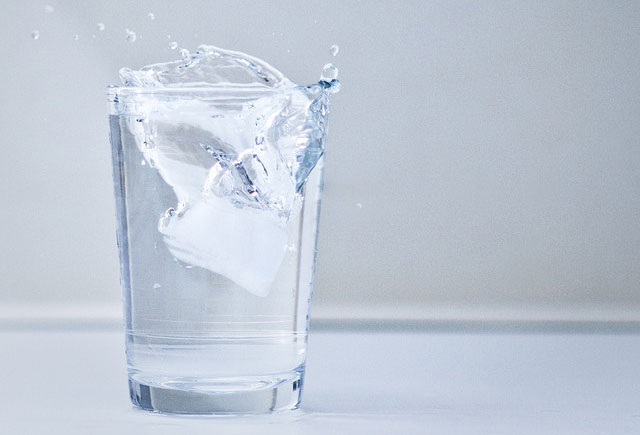 Most of us have been there. It’s been a long day at work and you’re finally on your way home. You’re on the train or the bus, it’s roasting hot and you’re thirsty. Parched, even. And, your water bottle has run dry.

You peer around, hoping that some kind passenger has a spare water bottle, or maybe you happen to be on a train with dining service, but to no such luck. As a commuter, you’re left with two choices, ride it out or get off the bus. So you sit there and suffer.

Considering any and all possibilities, it occurs to you for a brief moment that just down the aisle, in the public washroom, there is water flowing freely from the tap. You could just walk into the washroom, turn on the tap and fill your bottle. But would you?

In Canada, we have come to expect clean, safe drinking water. And yet there remains one public space, used by millions of Canadians everyday, that has fallen behind the times in its water safety regulations.

Despite the many advances in water filtering and purification, the federal regulations governing water quality on public transportation have remained sadly behind the times. To be exact, they haven’t been updated since 1954; that’s 60 years.

To put it into perspective, the first mass vaccination of children against polio was in 1954. Yes, polio.

It was also the year the first Burger King opened, the first commercial transistor radio was sold, and, perhaps most significantly, the year Godzilla first terrified Japanese audiences from the silver screen.

The point is that this was a long time ago and, needless to say, our scientific standards for water quality and the technology to filter and purify it have improved a great deal over the past 60-years.

There’s no excuse today for us to be subjected to 1954 water quality standards.

Fortunately, efforts are underway by the federal government to update the Potable Water Regulations for Common Carriers (PWRCC), which governs the quality of water provided on public transportation, including drinking water on buses, trains, airplanes and water vessels.

That doesn’t just mean the water for washing your hands at the back of the GO Bus. It also includes water used in your ice cubes during a flight or to prepare your food in the train dining car. Pretty important stuff.

The Public Health Agency of Canada is modernizing the PWRCC with more rigorous regulations in the areas of quality control, sampling, testing and record keeping. Testing of water samples, for example, will occur more regularly and records will be kept for a period of three years.

With these new reforms, Health Canada and companies that operate public transportation systems will have a more accurate picture of their overall performance in maintaining a high level of water quality.

We’re glad to see this step being taken.

With today’s technology, there’s no reason we can’t have clean, pure water in all of our public places, as well as in the transportation methods we use to get to them.

A Strauss WaterBar could easily connect into your train’s water system, cleaning the water of 99.9% of the microorganisms and bacteria in it, as well as removing the taste of chlorine. The result: a clean and crisp tasting glass of water with no harmful contaminants.

Unfortunately, the PWRCC won’t come into effect until at least 2015. So, in the meantime, make sure to bring your refillable bottled water with you on your commute and maybe avoid those ice cubes on your plane.